No application or interview. No experience necessary. It even included a free plane ticket, dated right after my graduation day. I spent my childhood living abroad in South America as a “government brat”, so I had been wanting to get back overseas ever since — far from the strip malls and golf courses of suburban Florida.

I mentioned my change of plans to my dad and he gave me the push I needed, telling me I’d regret it for the rest of my life if I didn’t go. So a few days later I packed my bags and got on that plane.

Today, 13 years later, I realize the anxiety before a long trip can be avoided thanks the internet. In a connected world, anyone should be able to use the web to reach out to an expat, a local, or a traveler and ask: “So, hey, what’s it like to work in China? Is it cool?”. What an amazing tool that would be, if there were one.
‍
It could be a platform where I could send a question and get the scoop on all the exotic locations around the world. It would let me learn about traveling, living, and working abroad from the people who have been there and done that., It would cover topics for solo travelers on how to travel off the beaten path, for retirees on how to buy property in Mexico, and other topics for everyone in between. It would be the platform for anyone who wants to see the world.

I could ask about volunteering in Cambodia, something I’d always wanted to do but heard a lot of shady stories about, or one of my other dreams — running a hostel in Thailand. Send a question, get an answer back, and learn how people are making the best out of living and working abroad.

That first job offer in China that landed in my inbox was too good to be true. I was in a pretty bad situation just two months after arriving in the northern province of Shandong. I quit the job due to the poor living and working conditions and found myself alone, unemployed, and being threatened in an authoritarian country. They even threatened to throw me in Chinese jail for something along the lines of breach of contract.

In the end it all worked out, but had I known what I know now, after 13 years living and working abroad, I would’ve done things very differently and saved myself a lot of trouble.

Is there a platform for asking living and travel abroad questions?

There are actually a few out there, but they tend to have other agendas, like selling hotel rooms and tour services, or feature Instagram copycat style photo albums. These platforms have Q&A sections hidden behind the money-making features, to their detriment. On top of that, the kind of traveler I’d like to reach out to with my travel questions wouldn’t be on one of these pushy platforms.

She or he would rather be rubbing elbows with other travelers and locals in a dive bar in Nepal, or writing his own memoirs from the beach in Koh Tao. But inside his or her brain lives valuable knowledge on how to get around, meet the locals, rent an apartment, or start a business in a place with different rules than those in Florida. If only I could pick his brain.

I’m scratching my own itch now by adding the finishing touches to Journeyfoxx, the kind of platform that I wish existed 13 years ago when I had a plane ticket to China in my hand and head full of questions. Even today, I will be using the platform to learn more about that hostel idea I had. It just might determine my next big move.

Why I Started a Marketing Agency for Tech 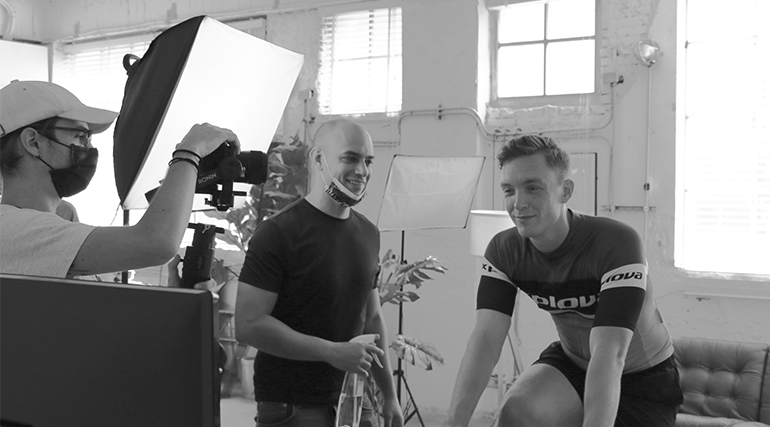 Why You Should Pursue Impossibly Huge Projects

How to Write Product Copy that Sells in Two Steps